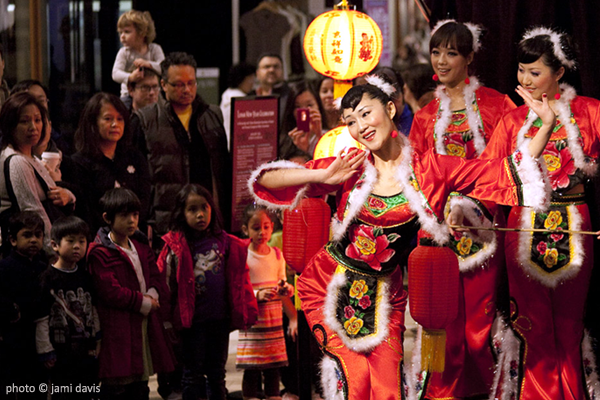 The Lunar New Year is the most important holiday of the year for many Asian families. Lunar New Year, commonly known as Chinese New Year, is an official holiday in many countries including China, Indonesia, Hong Kong, Macau, Taiwan, Malaysia, Singapore, and Vietnam.

The Lunar New Year begins on Saturday, January 25, 2020. Each year is symbolized by an animal of the Chinese Zodiac. This year, it's the first sign -- the rat.

Join The Bravern in the celebration of the richly diverse cultural heritage of the East that represents exclusive joyfulness and exuberance, and to bring a little "good fortune" for the New Year.

Besides the outdoor décor to create an exuberance ambiance, on the afternoon of January 18, the luminous lanterns and art installation featuring traditional Chinese culture will be switched on at The Shops at The Bravern.

The North American Tour of the Peking Acrobats will stop at Bellevue's Meydenbauer Center for the first time on Saturday, February 1, for two crowd-pleasing performances.

For more than 30 years The Peking Acrobats have been touring the world redefining audience perceptions of Chinese Acrobatics. They defy gravity with amazing displays of contortion, flexibility, and control. They push the envelope of human possibility with astonishing juggling dexterity and incredible balancing feats, showcasing tremendous skill and ability.

Bellevue celebrates the Lunar New Year on one spectacular and colorful day filled with dance, music and art, including traditional events such as the Lion Dance and the Chinese Lion and Dragon Parade. The event, held in Bellevue Square's Center Court on Saturday, February 1 from 11am to 6pm, also celebrates the richly diverse cultural heritage of Bellevue. The festival is open to audiences of all ages and includes complementary fun activities for all to participate in.

One of the highlights is the Chinese Lion and Dragon Parade during the New Year Spectacular. This dramatic and colorful parade is an integral part of the Chinese culture with the traditional lion dance and dragon as a symbol of strength and good luck to the community. Other events include demonstrations and performances by martial arts groups, Chinese opera, traditional dance and music, plus family friendly activities including flying lantern and year of the sheep hanging art DIYs, Chinese Calligraphy demonstrations and more located on the second floor.