Bellevue Beat | What's the name of the tower where Carmine's restaurant will open in spring?

We all know the famed tenant that will occupy the apartment building still under construction at 88 102nd Ave NE on the edge of downtown Bellevue and Old Bellevue. Back in early 2015, famed Italian restaurant Il Terrazzo Carmine was linked to opening a restaurant called simply Carmine's at the building in spring 2016.

But what's the name of that new apartment building under construction with sweeping views of Downtown Park, Bellevue's skyline, Lake Washington and the mountains and that hugs the edge of Old Bellevue historic district?

The 9-story 160-unit residential building is called simply Park 88. The apartment units range from studios to two-bedrooms. The residential tower's ground floor will be anchored by Carmine's on the north end of the building facing Downtown Park. There are two retail spaces (2599-sf and 1737-sf) available on the ground floor that open to 102nd Ave NE with the smaller space designated for a high-end coffee shop. 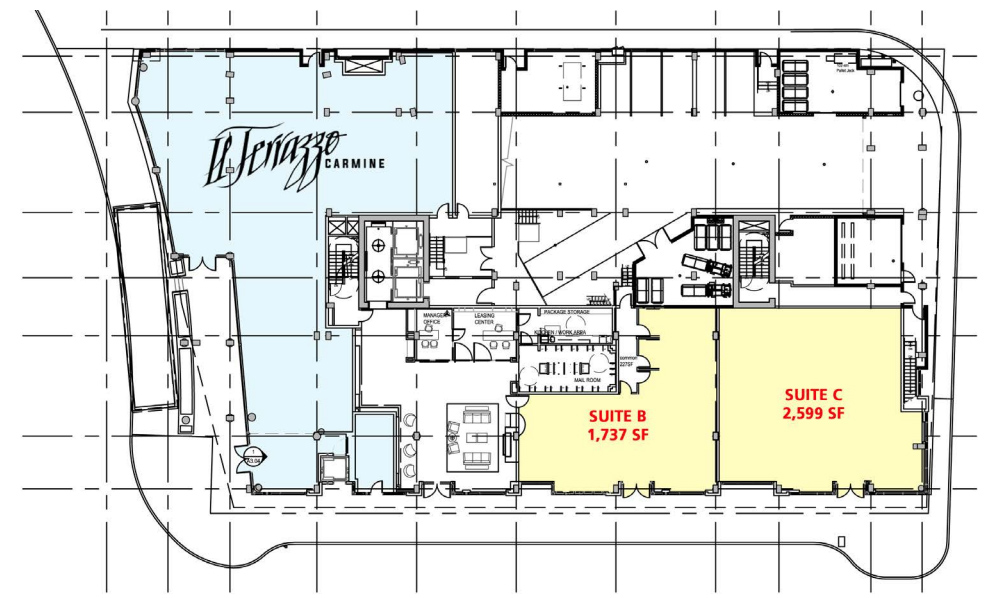 Park 88's architecture is played up to relate to the site's geometry, with a curve that parallels NE 2nd Street and a dramatic sweep to the north that enhances the views of the park and downtown. A subtle v-shape in the faÃ§ade adds relief along the alley and creates additional views for the building. Metal frames on the building rise up, with the north faÃ§ade frame actually cantilevering 15 feet above the roof, defining a zone for several outdoor amenity spaces, such as a massive two-sided fireplace and BBQ and dining spaces. A courtyard on the second floor is wrapped by a number of amenities including a theater, fitness/yoga room, business center with conference room and the leasing center.